“The simulation hypothesis or simulation theory proposes that all of reality, including the Earth and the universe, is in fact artificial and most likely a computer simulation. Some versions rely on the development of a simulated reality, a proposed technology that would seem realistic enough to convince its inhabitants the simulation was real. The hypothesis has been a central plot device for various science fiction stories and films.” 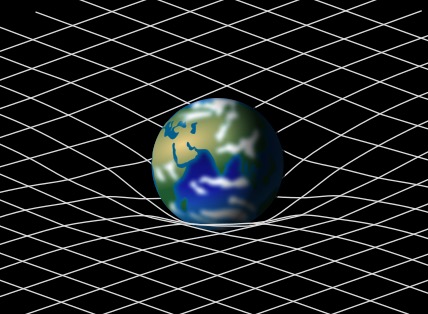 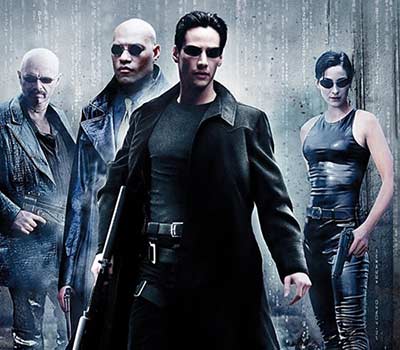 Perhaps, more recent and better known examples are The Matrix (part of a later film trilogy) and The Thirteenth Floor. Both were released in 1999 and both nominated for the ‘Saturn Award for Best Science Fiction Film’.

There is a scene in the first Matrix (which won the award), written and directed by the Wachowski Brothers, where the leading character, Neo, finds himself waking up from the illusion called human life after taking a red pill/truth serum. He discovers he is plugged in to a mechanical pod where his body’s heat and electrical activity are used as an energy source by sentient machines that create, manage and control humanity’s reality. As Neo awakes he sees pods all around him, as far as the eye can see, with other humans placed inside. The reality they perceive on Earth, a simulated deception called The Matrix, created by their machine farmers. As he awakens further, the full horror of humanity’s existence and the extent of their enslavement unfolds. 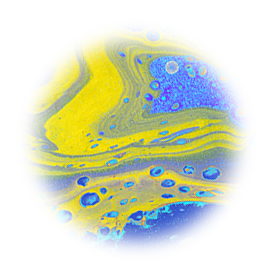 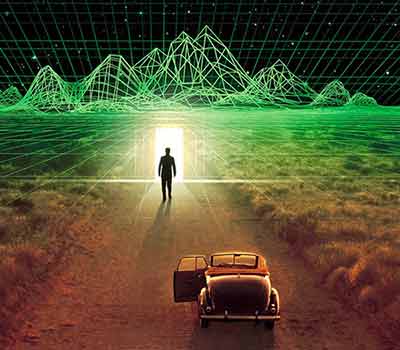 The Thirteenth Floor written and directed by Josef Rusnak and produced by Roland Emmerich, is also about a world simulation, except instead of sentient machines controlling it, humans from the future have designed the fabric and content. The leading character, Douglas Hall, learns the truth that his life is part of just one simulation where, in fact, there are dozens of other and different virtual worlds. This ‘red-pilling’ is confirmed when he drives out of town to an area Hall never knew existed and perceives a point beyond which the world fades out into a crude green-coloured wireframe matrix that is being processed to further develop the artificial Earth.

In an interview with the Guardian newspaper, Bostrom was quoted, “If we are living in a simulation, then the cosmos that we are observing is just a tiny piece of the totality of physical existence… While the world we see is, in some sense ‘real’, it is not located at the fundamental level of reality.”

And at the Code Conference in 2016, Musk commented, “Soon we’ll have virtual and augmented reality… where computer games will become indistinguishable from reality. If one progresses at the current rate of technology, shortly we will be a society where artificial entities are living in simulations that are much more abundant than human beings.” 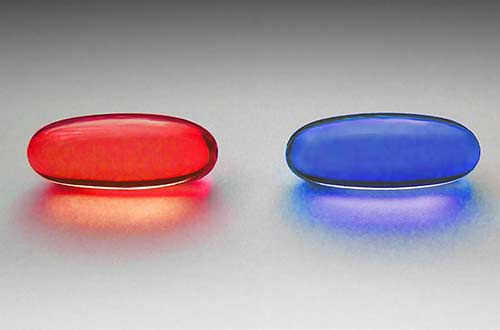 The phrase ‘The Red Pill’ or ‘Being Red-Pilled’ is increasingly used by the media. In The Matrix, a choice is given to Neo. Continue to take the blue pill which keeps him locked in to the created simulation or the red pill that allows him to see through this deception and experience the truth.

In physical reality there is no actual pill, but instead there is your consciousness. Some humans have a more flexible form than others. If you are one of the former, after hard work and careful honing, it is possible to expand your consciousness – like pulling a rubber band outwards from each end – to experience a more expansive level of awareness and understanding which, like Neo, can see through Planet Earth’s deception and simulation. The more flexible and open-minded your consciousness is then the more it can expand.

Many and many more… A critical one is the realisation that humanity are an energy source for other species living in the universe.

In the final section of the book Energy: The Invisible World, it is explained that this source is derived from humanity’s emotion = e-motion = energy in motion. That humans are influenced and manipulated to release both negative and positive emotional energies in their various forms whether, for example, it is love or hate, joy or anger, compassion or envy, laughter or depression, which when expressed are released into the etheric and then stored within an inter-dimensional grid that surrounds Planet Earth. From birth to death, each of the present 8 billion human consciousnesses are linked to this grid and passing over emotional energy – some more so than others. 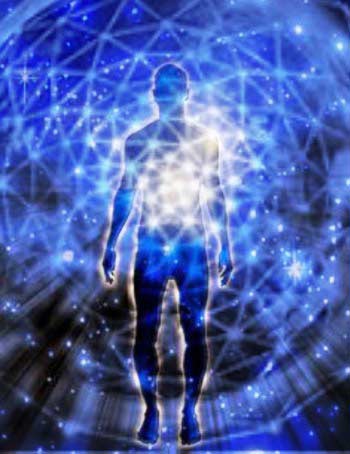 This vast grid-pool of energy is then regularly distributed to other species in our Galaxy, living within other dimensions of time and space, as nourishment for them to absorb. Energy derived from human emotion keeps them alive and strong. If the species vibrate more in the negative polarity/dark side, so they will soak up humanity’s negative emotional energy released, while others from the more positive polarity/the light will absorb the positive. The eternal conflict between the two opposing polarities creates a majority of this e-motion – an abrasive reaction that occurs throughout the universe.

Therefore, here is an important question. Who do you wish to offer your emotional energy to? Those species living more in the positive polarity or others in the negative? Unfortunately, Planet Earth is primarily controlled by species from the negative who manipulate the energy matrix system for their own gain. For whomever dominates this matrix, controls humanity. Suffering, for example, is a classic byproduct, for these species have corrupted and imprisoned humanity to generate more negative than positive e-motions. In the past, human consciousness was purposefully violated and degraded to form an extreme narrow bandwidth of experience, so as to attract more the negative polarity than the positive. God-given universal birth rites of knowledge were ruthlessly suppressed including the natural spiritual connection between Humanity and the Creator as well as an awareness of the ET reality. This allowed a series of deceptions to prosper. 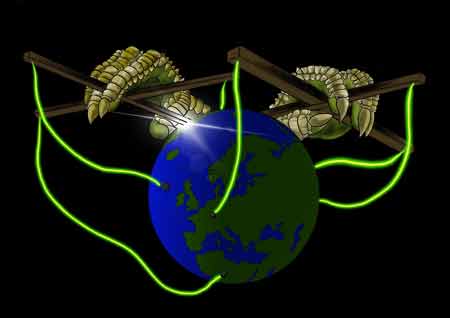 One of the toughest insights to face, as your consciousness expands, is the realisation that humanity are little more than battery-farmed humans. That each one of us live in a simulated prison cell created by the negative species who either directly or indirectly control and manipulate our emotions, where fear is the electric fence used to corral and pen us in. Hence, all the suffering humanity endures – some more so than others.

Yet, humanity have been given an opportunity to release their prison shackles and carry out their own and personal Shawshank Redemption, as forces representing more the light are fighting back on our behalf. That eternal battle between the light and dark is now intensifying on Planet Earth. The dark uses fear and deception as their primary weapons, alongside chaos, violence and anarchy. The light employs truth and self-empowerment alongside compassion, love and understanding.

The combat is over who controls humanity’s e-motion going forward. This present conflict between the negative species who dominate humanity’s energy matrix versus more positive and benevolent ET groups, makes it feel, at times, like the planet is in the midst of World War 3. The battle is being waged through politics, the mainstream and social media, environmental and sociological issues as well as biological warfare like the recent coronavirus pandemic. 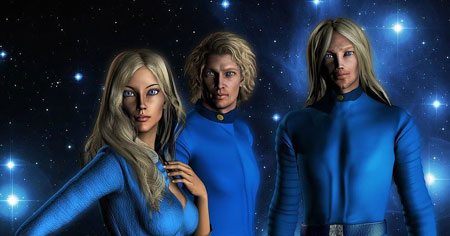 Q: How do you know whether you are being deceived or not by the negative forces?

A: The injurious want to disempower and oppress humanity even further, where many humans, especially in powerful and influential positions on Earth, and whose nature already vibrates within more the negative than positive polarity, are being used as puppets to motivate such iniquitous actions. These humans use lies, fear and deception as normal practice.

Unfortunately, the negative species pulling the strings has no conscience, so anything is possible. Dr Steven Greer, founder of CSETI and the UFO/ET Disclosure Project, warns that the Deep State or Shadow Government who are under the influence of these forces, may soon use the UFO/ET reality as a major weapon against humanity.

That the benevolent ETs who are helping us to release our prison shackles will be deemed by a majority of our world leaders as dangerous and evil and certainly not to be trusted when disclosure finally occurs. For a classic deception regularly employed by the dark side is to turn the tables on their adversaries by accusing them of the actual crimes they, the dark side, are committing. 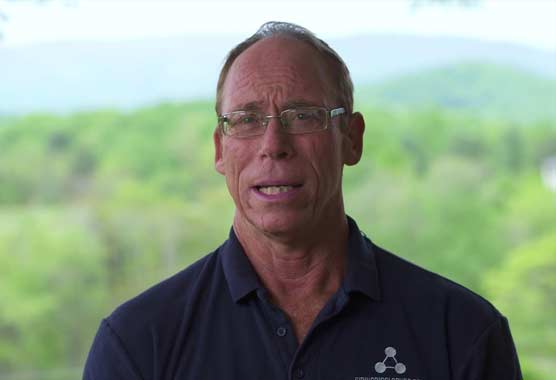 Meanwhile, those representing more the positive polarity, battle to encourage self-empowerment and less suffering for the human individual, as well as inspiring more love, joy and happiness, whilst shedding light on the truth beyond the deception.

Universal Law of Free Will

The benevolent ETs hope, over time, to help transform the planet, where there is more positive polarity leading eventually to a 51% to 49% split between the opposing polarities. Yet, the positive factions are hampered by one crucial element. The prime directive that all must abide by: “The Universal Law of Free Will.” Only humanity can release their shackles via deploying their own free will.

The negative species see this as their opponents greatest weakness. Humans can be encouraged, yes, even stimulated, but the final intent must originate from each individual. And why complete disempowerment is the end goal for the injurious factions leading to the destruction of humanity’s spiritual free will. Once achieved and the spirit destroyed, humans can be reshaped and honed into automatons releasing 100% negative e-motion. 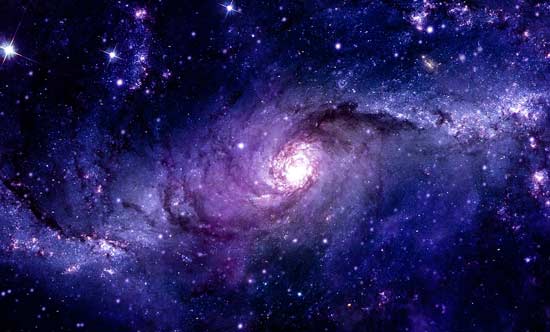 The Universal Law of Free Will

A fair part of this knowledge comes from an intelligence calling itself God Our Creator via a series of channelled communications transcribed and written down in both The Hand of God and Energy: The Invisible World books. Our Creator repeatedly suggests that the best way of achieving more positive polarity on Planet Earth is for each human being to ‘return home’ by spiritually reconnecting with ‘it’. The more people that accomplish this, the greater the opportunity of a future peaceful Planet experiencing less suffering and enslavement. Both books offer the reader simple and easy techniques on how to achieve this reconnection.

Unfortunately, Our Creator says that if humanity fails to raise the consciousness of the planet and instead become even more oppressed than now, then for the “greater galactic good” our race will be terminated, as others living in different dimensions of time and space closely aligned to ours will become too detrimentally affected. This is a major reason why benevolent ETs have chosen to help us at such a pivotal and challenging time. Planet Earth has just 20 years to establish these changes. At present, humanity are on probation.

Such insights then develop with a realisation that the universe and all its zillions of diverse species living in a myriad of different dimensions of time and space, is a super-giant energy matrix, where each intelligence constantly release emotional energy in all its disparate forms, some more than others, for one primary purpose. E-motion = energy in motion is the power source which expands the universe. In return, the cosmos gives back a renewed and transformed force to offer intelligence, creativity and consciousness evolution for all those species living within it. The biodiversity and the complex interactions we perceive in nature on Planet Earth is a microcosm of the universe.